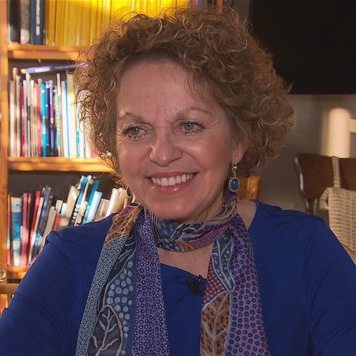 Sometimes you have to travel halfway across the world to realize that what concerns us, as Canadian educators, also concerns educators in other countries. So says Dr. Rollande Deslandes, who recently returned from the Kingdom of Saudi Arabia, where she spoke to educators and educational researchers who share her preoccupation with school-family-community relationships. “Although we dress differently and we have different customs,” says Deslandes, “we share many common concerns:  we care about our children’s education, and we recognize the importance of parent and community involvement in schools.”

Deslandes was invited to present a keynote address at the “School Partnership with Family & Community” conference in Riyadh, in November 2017 (more: http://ertiqaa.me/index.html). “It was an enormous honour to be invited,” says Deslandes. “I received an invitation from Her Excellency Dr. Haya Al-Awad, Deputy Minister of Education. At first, I was not sure it was genuine, and I asked the Canadian embassy in Saudi Arabia for confirmation.” Upon learning that the invitation was real, Deslandes had no hesitation in agreeing to present at the conference, which was attended by members of the royal family as well as educational researchers and officials from the Ministry of Education.

Planning the trip was not without complications. As Deslandes points out, one cannot simply visit Saudi Arabia on a whim; one must be invited in order to obtain a visa. Additionally, as a woman, Deslandes had to be accompanied by a male guardian—luckily, her husband, Luc, was able to travel with her. “It was quite fascinating to me to observe the customs,” says Deslandes. “Of course, I had to wear an abaya and headscarf in order to present, and most of the other women attending wore nikabs. During the afternoon, I led a workshop at which the women and men attending were separated by a partition. I stood in the middle and had to move from one side of the partition to the other in order to address everyone. Once I began to engage with the attendees, though, I realized how much we have in common.” Rollande Deslandes, centre, leading a workshop with colleagues in Riyadh

Deslandes, who has a master’s degree in social work in addition to her PhD, and was a special education teacher before she embarked on her academic career, has specialized in school-community relationships for many years. Her experiences teaching high school showed her that parent engagement is an important component of student success, and that schools could benefit from the support and engagement of the whole community. This realization motivated her to pursue her PhD, training for a time at Johns Hopkins University with Dr. Joyce Epstein whose model of school, family, and community relationships is still cited today. In fact, Deslandes presented Epstein’s framework, along with models by Hoover-Dempsey & Sandler et al. (2005) and Christenson & Sheridan, (2001) as well as findings from her own studies (Deslandes, 2006; 2009, 2010) to colleagues in Saudi Arabia, while noting that all such models need to be adapted to local contexts. “Many people I met asked what Canada is doing with respect to school-community relationships,” says Deslandes. “I told them that we’re still working on it! Schools change all the time, as do families and communities. We have to keep working on engagement, especially on fathers’ involvement. That really surprised them, because in Saudi Arabia, education is a women’s concern, and some schools do not allow fathers to enter.” Rollande Deslandes, second from the right, during the School Partnership conference in Riyadh

Deslandes, who was recently appointed an Emeritus Professor at the Université du Québec à Trois-Rivières, has clearly not allowed retirement to slow her down. She serves as Rédactrice of the Revue canadienne de l’éducation, a post she has held since 2012, and she is continuing her research and writing. “There is still so much to do,” she notes, “in Canada and elsewhere. But I feel so privileged to have been invited to Saudi Arabia to talk about these important concerns and to learn about their approach.”